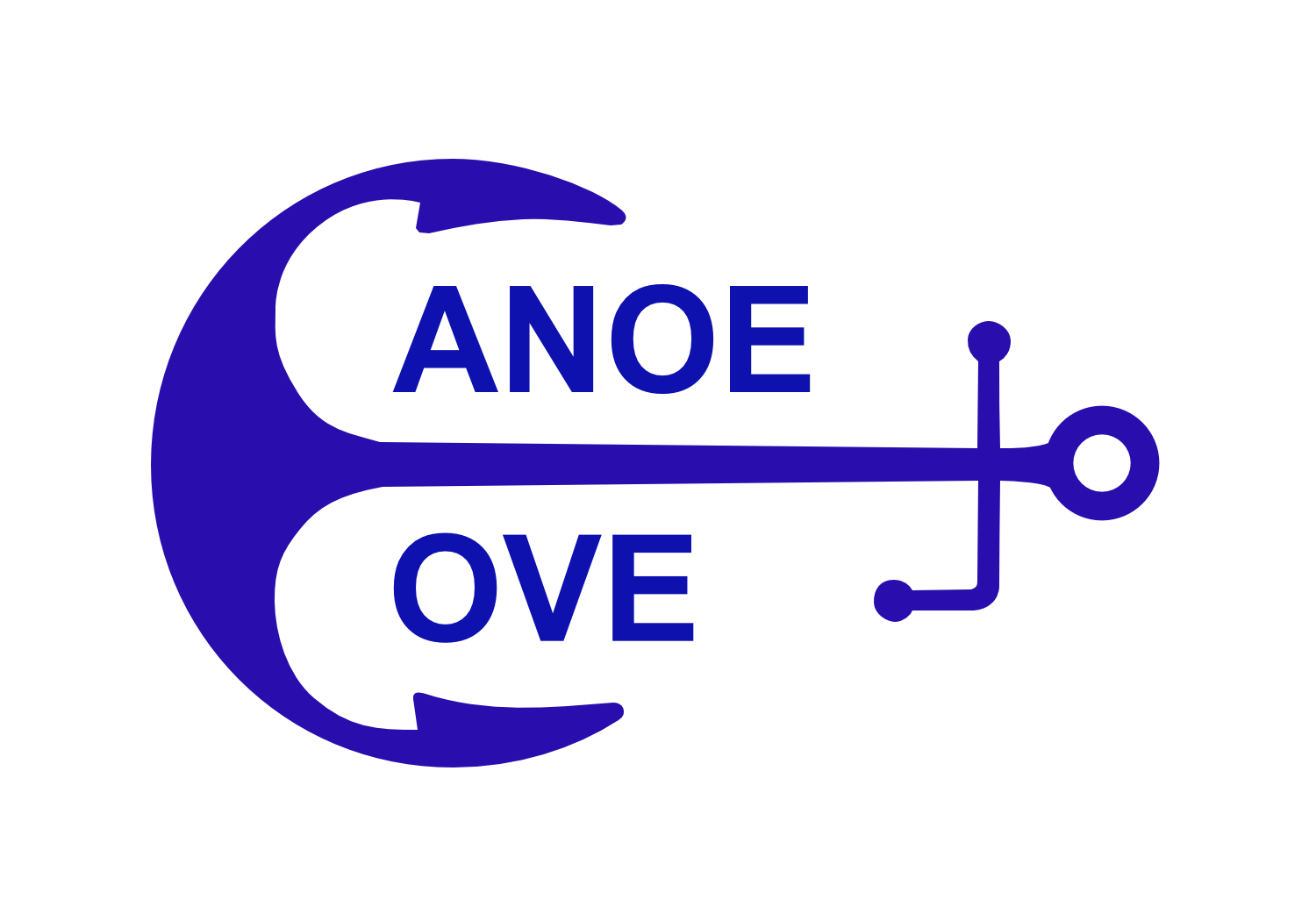 Rendezvous 2022 was another success! – despite the wind. 22 boats were registered, 19 of which made it. In addition, members Dave and Lily of French Connection arrived by car as their boat is undergoing repairs and upgrades, so we had a total of 50 people in attendance. This was a very good showing.

We all appreciated the new docks, power and water at Salt Spring Marina; however, they were not able to keep our boats in the same general area of the marina, which was a bit disappointing. But that didn’t stop us from having a good time.

Thursday, we got together for an impromptu dock party in the afternoon. Friday the main events started with a tech session in the afternoon and a “heavy appie” party. Both were well received and the heavy appies were heavy enough that most didn’t need dinner. Saturday was boat visiting capped by our annual dinner. This year it was Mexican food prepared by Kelly (Impostor) who did an excellent job of preparing the dishes in advance so they only needed to be heated. They were all in aluminum baking dishes and everyone with an oven volunteered to heat them up so it went very quickly. Unfortunately, the weather could have been better in that a south easter came up the harbour and made it somewhat uncomfortable. However, we learned the real reason that CCM made 53’ boats. The 3 that were in attendance, were all tied on the outside of the breakwater acting as windbreaks. This worked reasonably well!

As usual, members brought small gift items that were used as door prizes so everyone got something. In addition, there were three main prizes; moorage at Salt Spring Marina for the Rendezvous, a 50/50 draw and a $100 credit for moorage. The Salt Spring Moorage was won by Craig and Karen Burke, Minty, and the other two prizes were both won by Jim and Elaine who were guests of Gary and Catherine on Aquileia.

Sunday morning it was time to leave, but not without everyone saying that they had a good time and were looking forward to next year! 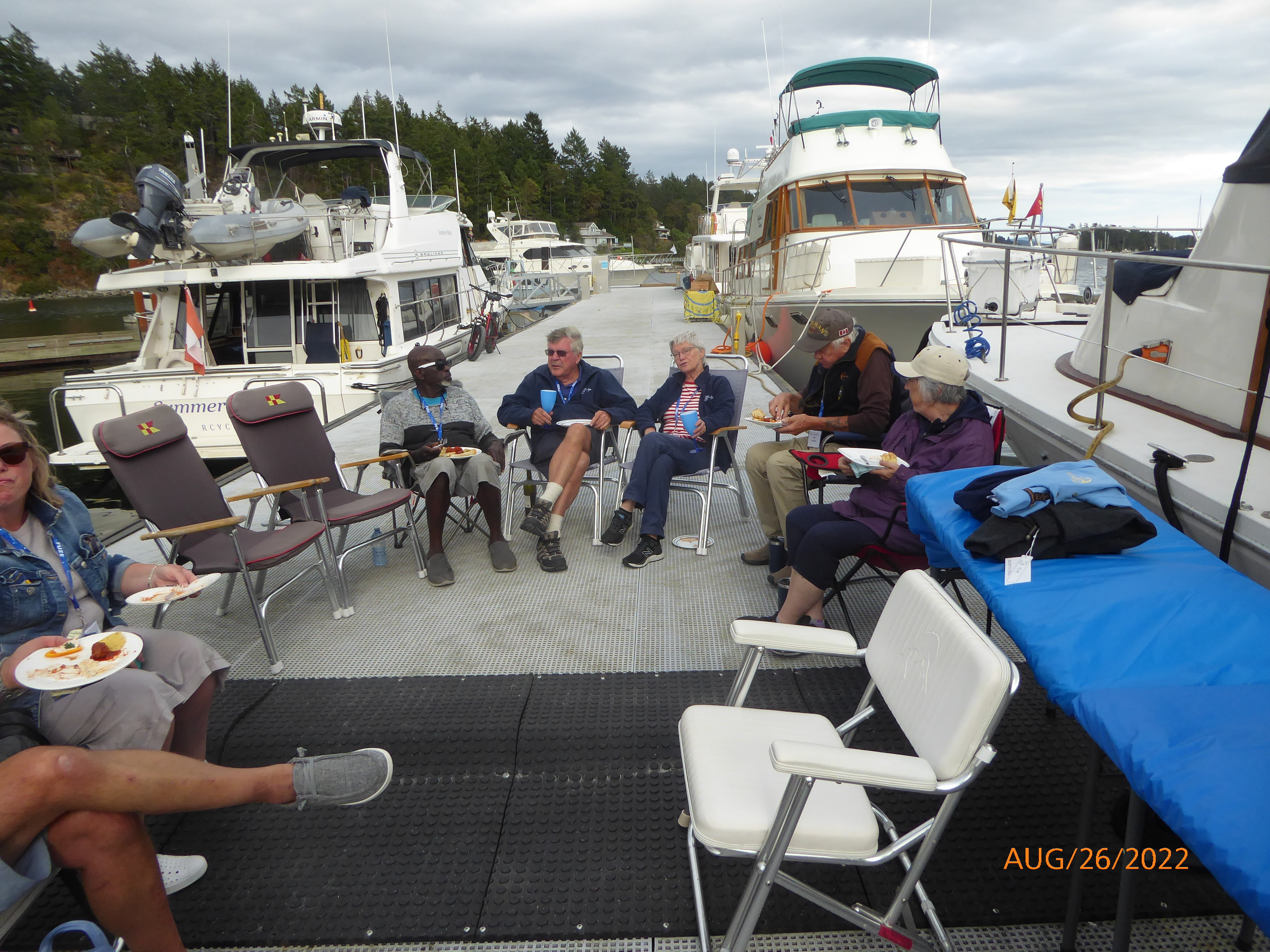 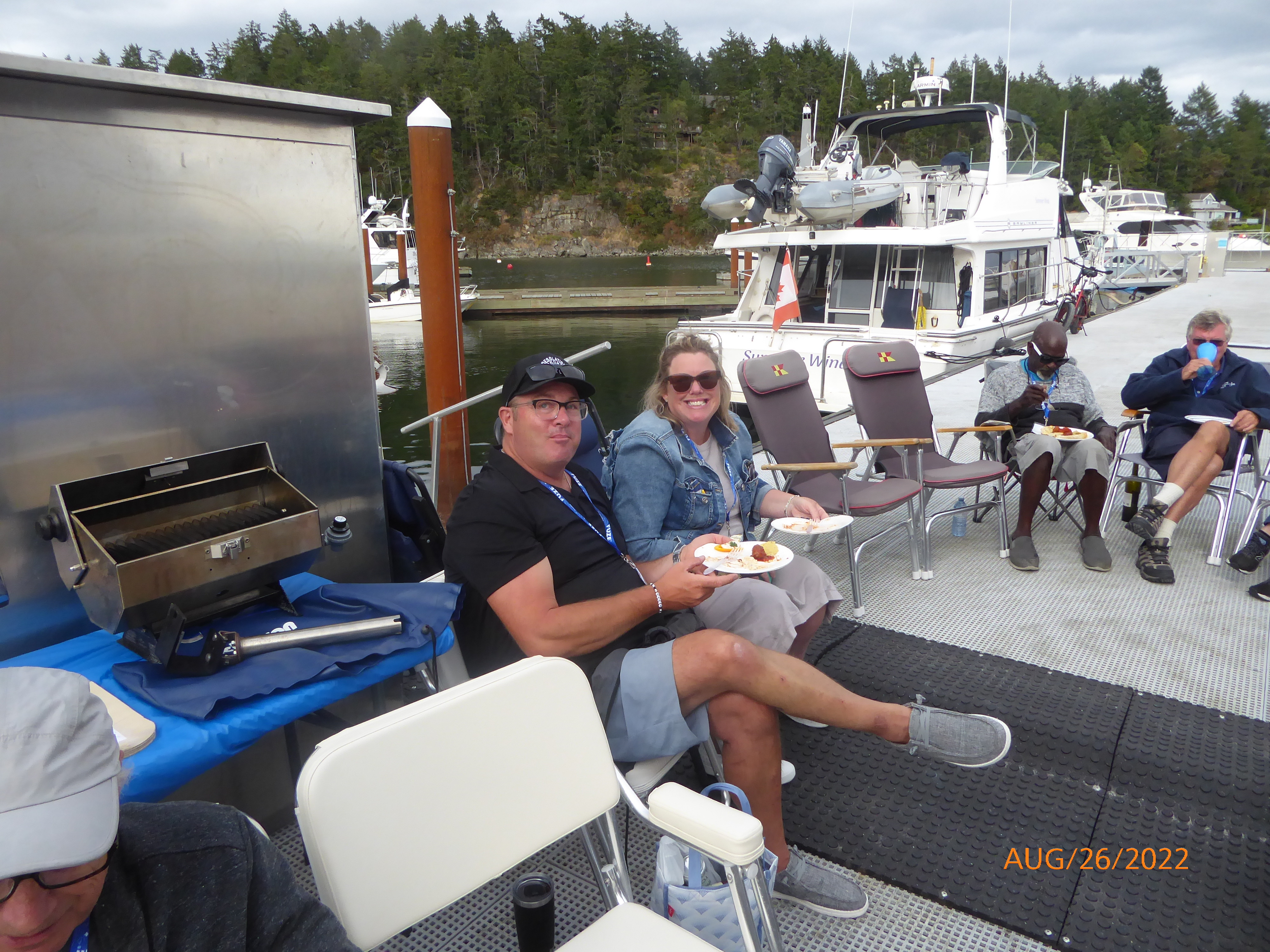 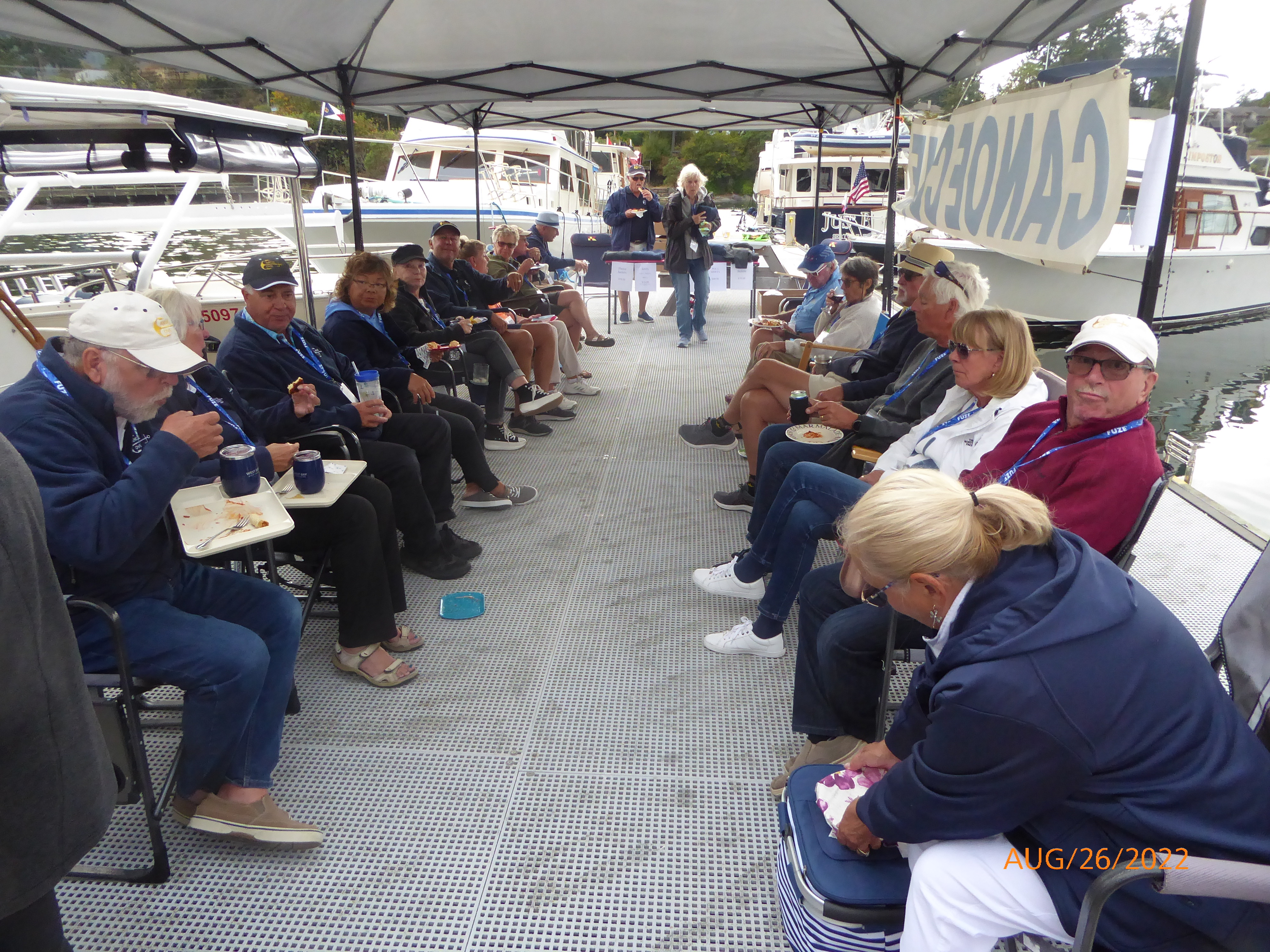 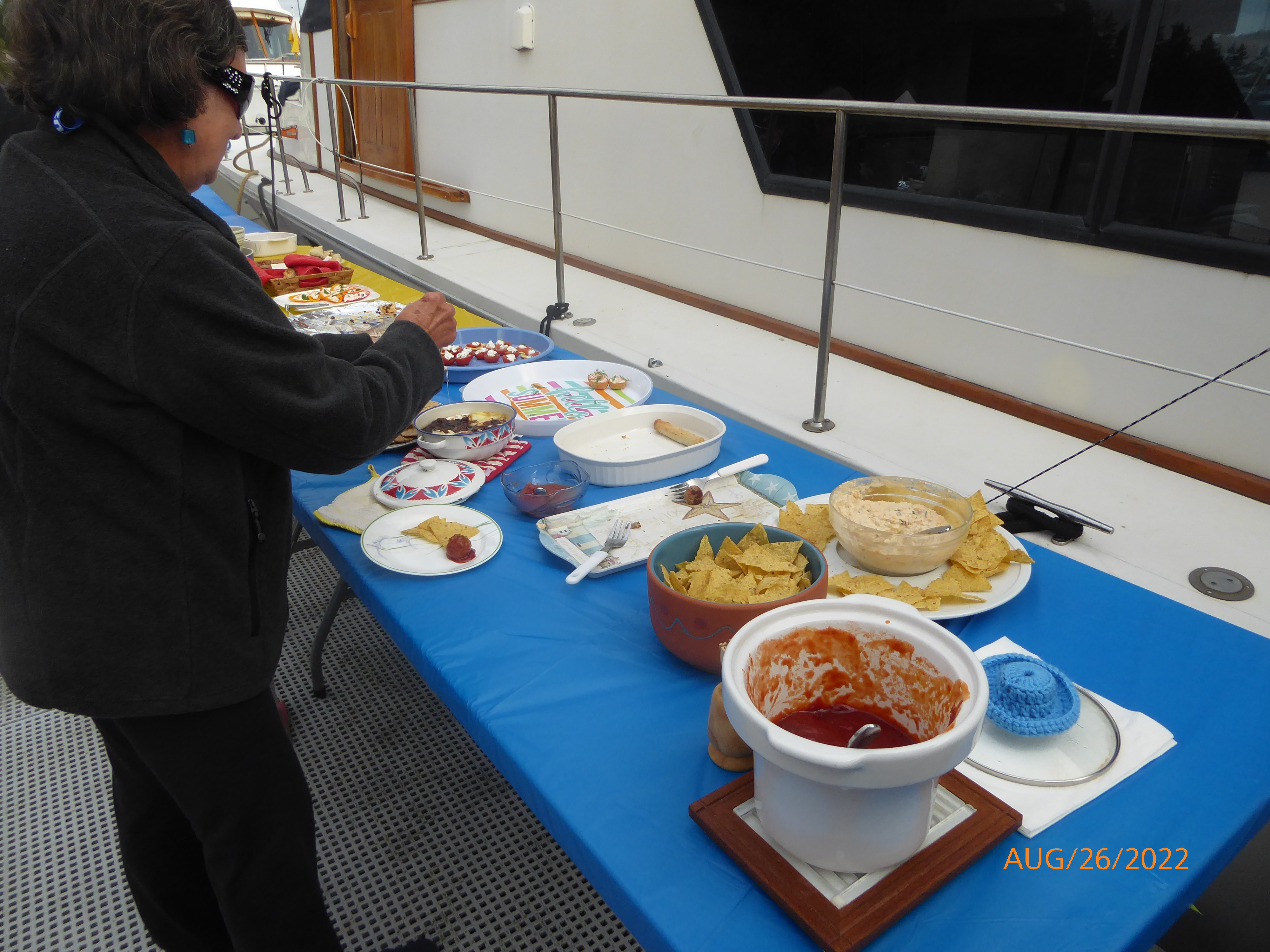 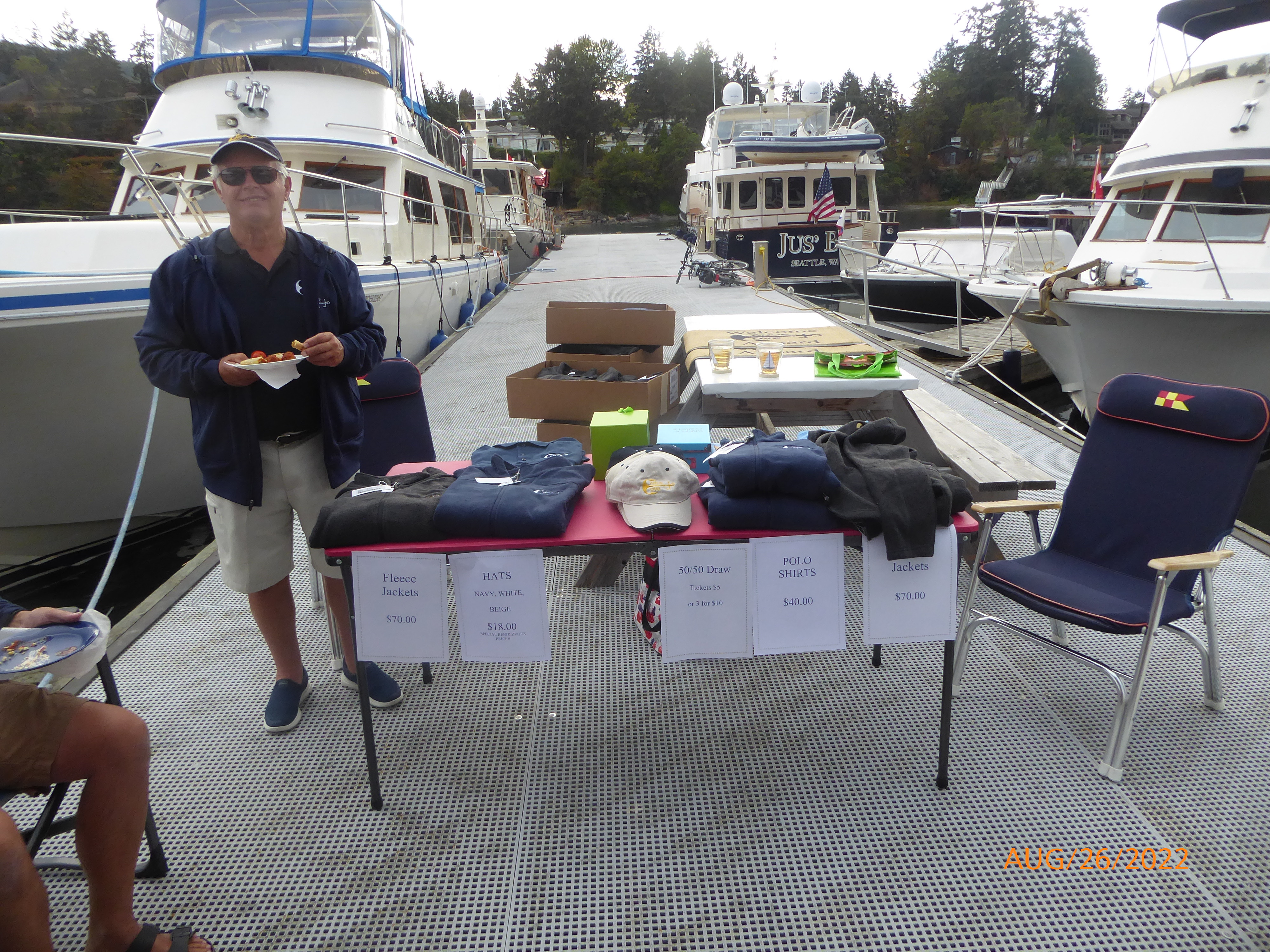 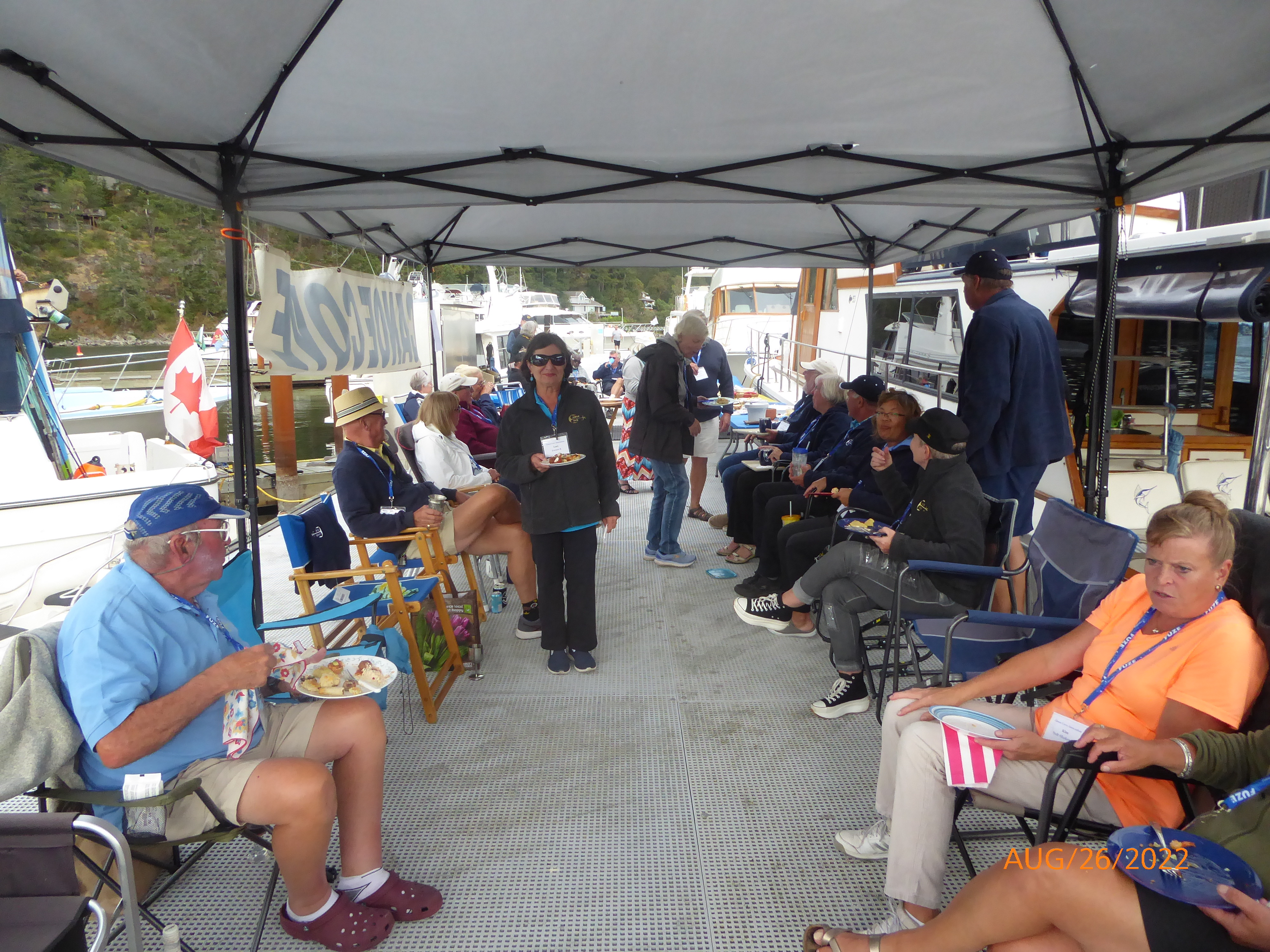 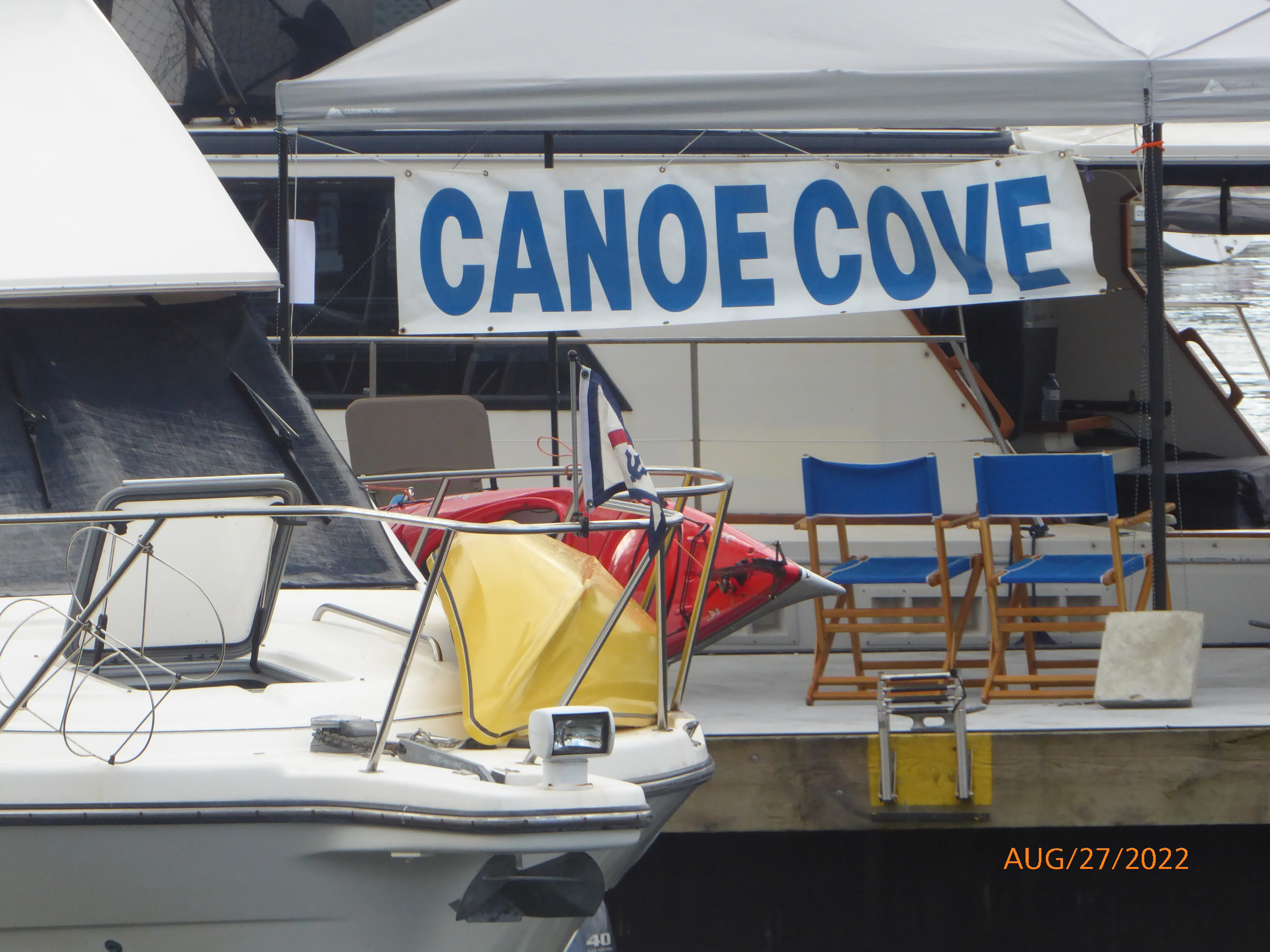 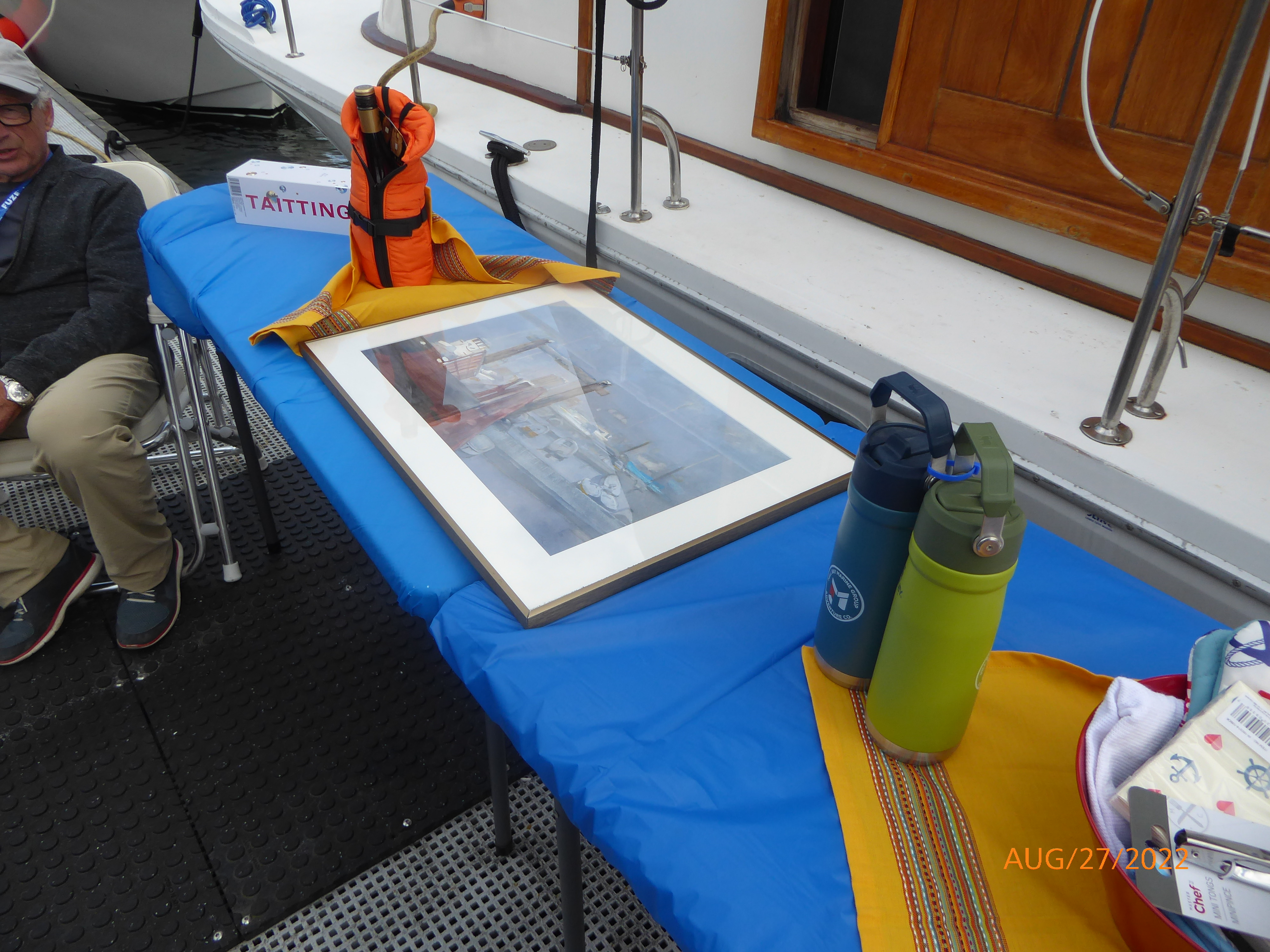 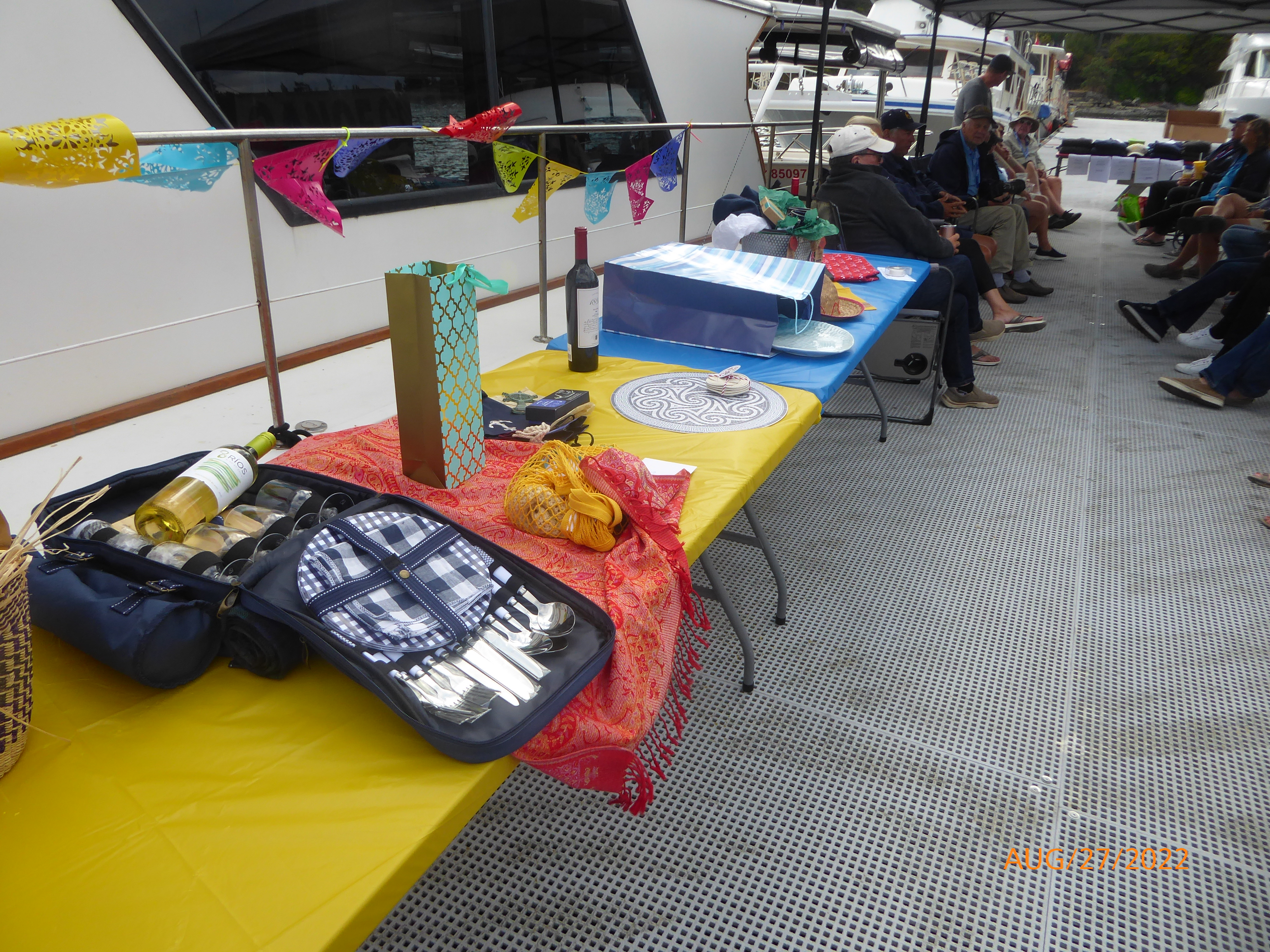 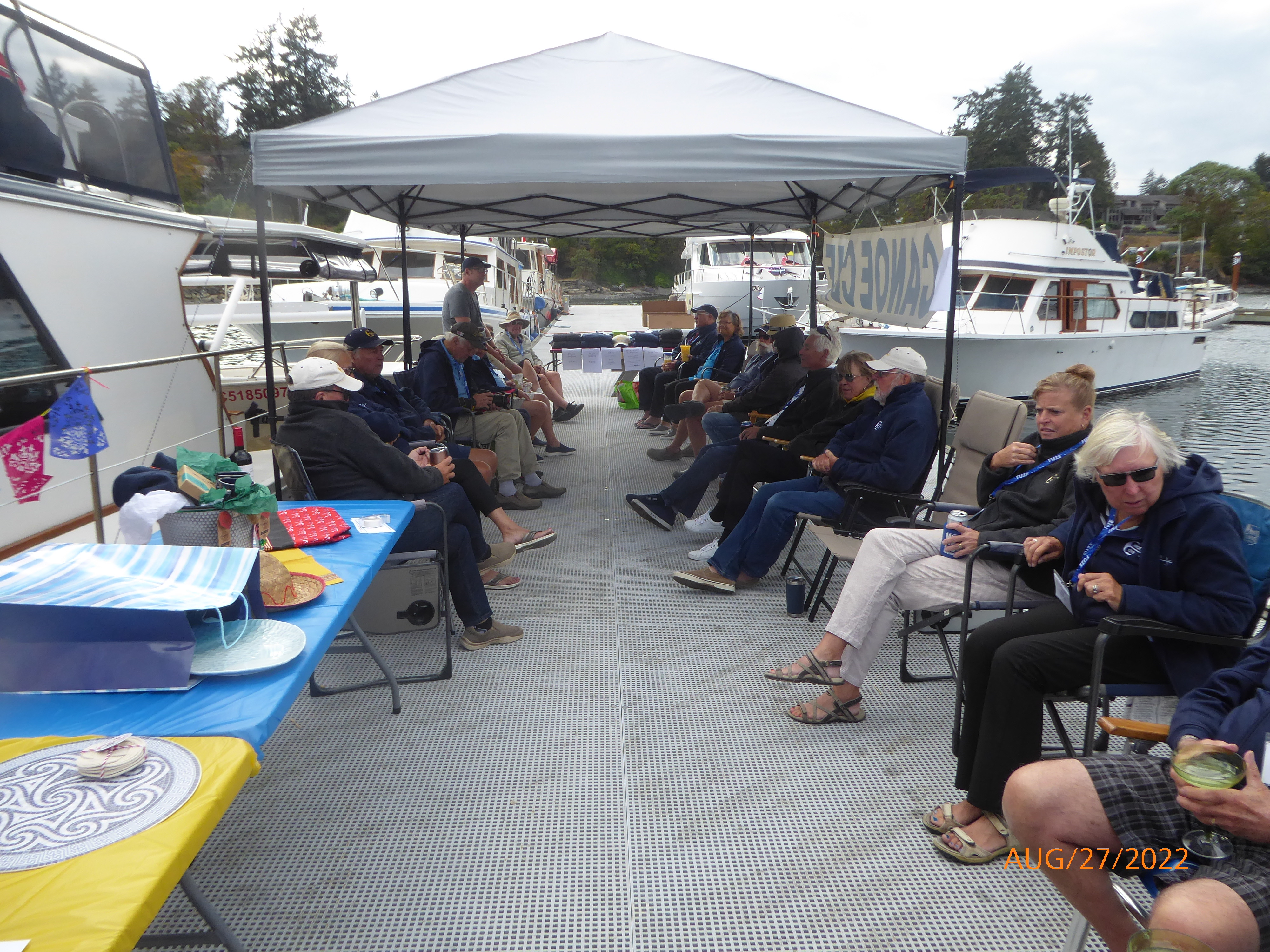